The basis of REFLEXOLOGY is the ZONE THEORY.

Zones are a system for organising relationships between various parts of the body. By applying pressure on a specific part of the body, an other part in the same zone is also affected. - This art of healing has been practiced in China for thousands of years.

An American, Dr. W.H. Fitzgeralt was the founder of what we know today as Zonetheory Therapy.

Eunice Ingham had been using Zone Therapy in her work, but must have felt that the feet should be the targets for therapy, because of their highly sensitive nature. Sensitivity in a specific part of the foot, indicates that something is blocking that zone somewhere in the body.

Rule 1) Direct pressure, applied to any part of a zone, will affect the entire zone.

This rule forms the basis of Zone Theory and also of ....

Consider the head as the beginning of a Zone and the feet as the end of a particular Zone. It makes sense to treat the feet to influence the rest of the body.

Some other important points to consider:

From Now upon, you may want to look upon your feet as a MAJOR HEALTH CONTRIBUTION FUND.

"Ten minute reflexology treatments can provide relief from pain, nausea and anxiety";  according to a report from the School of Nursing, Division of Science and Design, University of Canberra, Australia.

Nurses at the school conducted a study on the use of foot massage as a nursing intervention in patients hospitalised with cancer.

"87 patients participated in the study and each received a 10-minute reflexology foot massage (5 minutes per foot).

The results revealed that the treatments produced a significant and immediate effect on the patients' perceptions of pain, nausea and relaxation when measured with a visual analog scale.

The use of reflexology foot massage as a complementary method is recommended as a relatively simpler nursing intervention for patients experiencing nausea or pain related to the cancer experience.

The results were so positive that the researchers recommend that further research using larger numbers of patients in controlled clinical trials into its effectiveness of reflexology in alleviating pain, nausea and anxiety in the management of these symptoms by the family at home is warranted." 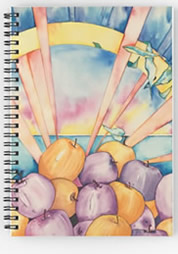