The term "Traditional Naturopathy" originated in the late 19th Century, and can be traced back through Germany into Greece, to Hippocrates himself, and even beyond.

Naturopathy may sound like a general term, similar to the term "Natural Therapist", and many people may be unclear what specifically a Naturopath is or does. This confusion is created by the many different natural therapy modalities or categories a Naturopath could be practicing. All Naturopaths study a specifc science and traditional medicine based curriculum, however in addition a vast amount of "elective" natural therapy modalitis may be studied.

The training and philosophy behind a Bachelor Degree of Naturopathy is very specific.
Training can be obtained from Universities and Private Colleges-Schools. Courses offered by private colleges generally offer a Diploma of Naturopathy although some offer recognised Bachelor level degrees.

What is Naturopathy all about?

All Naturopaths work with the same natural principles, but they may differ by their personal approach and the natural therapy modalities they use.

Naturopaths aim to restore optimal health by natural means, free of side-effects, and obviously free of drugs and their side-efects and free of harm of any kind.

Naturopaths aim to provide an environment of health and balance in which the natural laws and functions of the body can be re-established to a state of total health.

Total health is more than the mere absence of symptoms, it is the state where you feel absolutely good, in body, mind and spirit.

Naturopaths have to undergo extensive training and have to be members of a recognised Natural Medicine Associations.

Naturopaths are also called "Holistic Practitioners", because they believe that a patient has to be seen and treated as a whole being and not just as separate parts which may present certain symptoms.

By example, one can not separate the skin, (in case of a skin disease), from the rest of the body. The skin may not be the cause of the skin disease, and a local treatment application will hardly ever achieve a cure, it will only suppress the symptoms deeper into the body.

Holistic simply refers to the concept of seeing the physical - mental and spiritual body as one. The name Holistic means whole. Most categories within the Natural Therapy field have an underlying philosophy of treating holistically, meaning treating the whole person, not just a part of it. This is contrary to the medical system which treats symptoms and the individual parts of a whole being in isolation.

HISTORY OF HOMEOPATHY IN VICTORIA

As far as it is known, Homeopathy has been in Australia since the early 1850's and was brought here by practitioners who learnt their skills in England and other parts of the UK. One of these early homeopathic doctors was John B Hickson who began practicing in the suburbs of Melbourne and later settled in the famous Collins St. He promoted this new trend in medicine in "The Argus" a leading Melbourne newspaper, and by 1870 had one of the largest medical practices in the colony. At the same time Dr Thienette de Berigny arrived from France and started his fight for the recognition of Homeopathy through many articles in "The Age", a rival newspaper. Both men were very successful and soon other doctors followed in their footsteps. ... 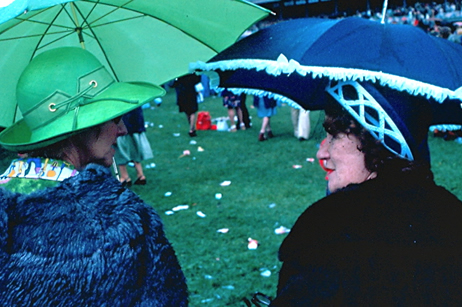 by the editor of Use Nature, Dieter Luske 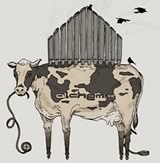