The topic of Anti Ageing is a vital part within the field of General Health and Prevention.

Anti Ageing is not a treatment, it is Active Prevention

Think about it for a moment, as we get older, most people start slowly breaking down, it’s called aging.
Does anyone like that? No, I don't think so.

One option is to go to a Doctor or Naturopath and have your broken parts looked after, but unfortunately fixing those broken parts may not work at all, or in case of a medical Doctor, may come with a lot of side effects, which makes you brake down even more.

Now look at it the other way around, if you could prevent ageing up to a certain extend and therefore prevent a lot of chronic diseases or at least delay them, ... wouldn't you do that? Yes, some people would, others would not.

Why would anyone speed up the aging process and meet the Creator much earlier than intended?

That's a good question, but look around you, most people who sabotage their health by eating and drinking too much, or other dangerous activities, may not be willing to stop their behaviour.

But all of a sudden you are past the age of 50, and you wonder ....  is there anything I can do to stay on earth a bit longer and enjoy my life, wife, kids and grand kids?

Yes, there is, and as a matter of fact, as earlier you start looking after your health and focusing a bit on Anti-Ageing research, as longer you are most likely to live.

And no .... there are no guaranties ... but one thing I can guaranty, you will feel much better living a healthier or Anti-Ageing Lifestyle, than a destructive type of lifestyle.

What is Anti Ageing?

Anti-Ageing is basically a concept that there is a possibility to prolong life, meaning to live longer and enjoy those extra years as a healthy human being.

Therefore, anti ageing is the study of how to achieve a long and healthy life.

Anti Ageing concepts are widely known, accepted and backed up by scientific studies. Having said that, if those concepts would be adhered to, our hospitals wouldn't be overcrowded.

Anti Ageing is a general concept, as it encompasses most health problems. This may have some draw-backs, mainly that it is seen as a "heal all" concept. It's definitely not a "heal all" and actually it is not a treatment, it really is only a concept which attempts to avoid health problems, rather than getting sick and getting treatment for an isolated condition.

Anti Ageing is Active Prevention, not as preventing death, but preventing premature death, staying healthy and well much longer, possibly longer than we can imagine yet.

General Anti Aging concepts may not have changed, but the means and the scientific back ground may have changed in how we have approached it.

I am sure you all read stories about certain cultures or groups of people who apparently have lived or are living a natural long healthy life.

Often one has "assumed" that specific foods may have attributed to extend the life. However, a typically Western Medicine approach would be to synthesize that food into a drug.

Anyhow, once realised, that some people live a very long life, one simply had to come to the conclusion that it is possible to duplicate this longer life span, that's how the concept of anti ageing started.

What are the main Anti Ageing concepts?

There are basically only 3 principles, which than can be divided into endless side studies and applications.

The most important principle is the first one, it's very easy to understand, and if you just do that by itself, the second principle will most likely follow automatically. The 3. principle is a bit more involved, and will reflect much more on your individual needs.

Stop self-sabotage and killing yourself

What does that mean, why would anyone in their right mind sabotage their own health, knowing the consequences?

Yes, interesting concept, but most of us do that all the time; we are pre-conditioned and constantly influenced to live an un-healthy life.

Actually to live a healthy life, one has to specifically select that option, anything else will not work.

Life on this planet is extremely dangerous to our health :-)

First of all, who actually is interested in your wellbeing?

Would it be drug companies? Politician? Newspapers, or the media in general? Is anyone interested?

Yes … You, you should be interested, because no one else is really interested; I am not saying everyone is mean or cruel, I am just saying that no one is interested.

If general society would be interested; we would have global peace - global good nutrition and global happiness.

Instead we have global marketing for profit not for health..

I am not good at statistics, but as a rough guess, at least 50% of food in our super markets are definitely unhealthy.

There is a reason that 70% of people are overweight, it's all those empty calories; actually, not that empty, usually full of artificial and probably toxic substances.

If the politician would be interested in our health, then an attempt would be made to educate children starting from pre-school, about good food, and parents would have to attend some of those classes as well to assure that if the kids come home they can see nutritional values in action.

I know....  that's not going to happen, and the food industry is not going to stop manufacturing food items unrelated to human health.

Don't know much about a healthy lifestyle, use common sense or study up.

Unfortunately, some people don't want to change or simply can't change without intervention.

For those who are not that interested in living longer, please see the Anti Ageing principles as keeping healthy for longer. With other words, adopt those principles to hopefully prevent chronic diseases, such as Arthritis or Alzheimer's, weight problems, Diabetes, and all the other problems which seem to increase with age.

What is wrong with processed food or other harmful substances?
The list of explanations is too long; from toxic accumulation to allergy reactions.
However, the hidden issue is " Inflammation", we basically age because our inflammation level is too high. If we can slow this down, we have achieved the first step, and with that we have prevented a lot of disease conditions.

Most inflammations are caused by:

Xenobiotics, foreign chemicals to our systems: Preservatives, colourings, herbicides, etc., belong to this class, and so do medical drugs with their side effects.

Here are the  3 main factors of accelerated ageing and chronic disease.

Lets come back to simple terminology; "stop killing yourself and stop consuming un-healthy food and drinks and see your health improve".

By the way, it's much cheaper to live a healthy life; because you don't have to buy all those manufactured expensive (non) food items anymore.

PS: If you are new to the Free Weight loss Support Articles, please start with article 1 - Holistic Weight Loss 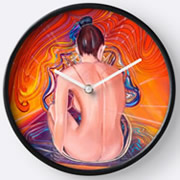 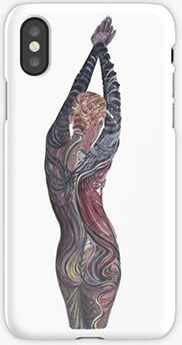