What is Brain Plasticity?

The Principles of Brain Plasticity

Article: What is Brain Plasticity?

What is Brain Plasticity? 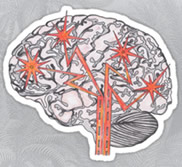 Brain Plasticity is a term used to explain the now well recognised capabilities of the brain to change (plasticity) in reaction to body or mental stimuli.

The term has become familiar in recent years due to the release of excellent scientific research that have been highlighted in two fascinating books, which I recommend everyone interested in that topic to read.

The Brain That Changes Itself - by Norman Doige, MD

The Brain's Way of Healing - by Norman Doige, MD

My own perspective to view and employ the concept of brain plasticity is influenced by a lifetime of study into holistic natural therapies, exploring all possible avenues of mind - brain - body therapies. Actually, I urge all Holistic Practitioners to embrace the Brain Plasticity Concept within their own specific holistic healing modality.

Without getting too scientific, and without plagiarizing above mentioned books, I will provide information to appreciate the scope of Brain Plasticity and it's implication for therapeutic applications, as well as implementing Brain Plasticity Concepts into Holistic Natural Therapies.

Brain plasticity takes into account Changes in neural pathways, due to "Changes" produced by "stimuli", such as; accidents, strokes, diseases, environment, behaviour, attitudes, emotions, and stimuli from all of our senses.

Once those changes have occurred, brain plasticity provides the possibility to "re-change" or "re-educate" brain functions, to either repair or create new pathways for more optimal desired "brain - body functions", instigated by "stimuli"; this time, focused on positive type of stimuli.

This important concept of brain (neuro) plasticity has replaced the entrenched medical science's formerly-held position that the brain is a static organ. The same principle has also now opened the possibility for more acceptance of Holistic Natural Therapies.

Latest Neuro scientific research indicates that any type of sense stimuli, can profoundly change both the brain's physical structure, and also the functional organizational aspects.

With other words, the brain can, and does, change in response to hitherto unsuspected stimuli.

The role of brain-neuro plasticity is now widely recognised and accepted, and ongoing research to enhance the effectiveness and speed of treatment is pursued world wide.

To summarize in simple words, yes, the brain and it's functions can be changed, and those changes can be activated and used for treatment of learning difficulties, stroke rehabilitation, and chronic type pain such as; back ache, nerve injury, prostate, bladder and even irritable bowel pain.

Special research and treatments have resulted in successfully treating phantom limb pain due to amputation and even pain associated with cancer.

The scope of treatment is very exciting and so far has only touched a fraction of its possibilities.

Name any disease or functional deficit and you will find someone is researching causes and therapies for it already. New research and studies have brought hope to many sufferers, specifically for chronic problems where the medical system has failed to find solutions. Problems like Tinnitus for example, have responded to nerve stimulation and sound therapy, and may bring about a reversal of tinnitus.

Brain Plasticity Therapy development is not exclusive to the medical research profession, .... in fact, Holistic Complementary Therapists who for hundred of years have used brain change techniques like meditation, visualisation, hypnosis and energy based healing methods for brain change stimuli, may well be better equipped to work on functional non-invasive therapy within this new field of what could be called "Holistic Brain Change Therapy".

On the other hand, the medical profession with their study of direct electric brain stimuli, or internal light laser therapy, may well be able to speed up brain change with dramatic results.

Talking about speed, non-invasive brain plasticity therapy is a slow, but a rewarding process.

And, his new field of Brain Change Therapies has a new emphasis and role for the patient, "Active Involvement".

Most patients within the medical system are used to their role of being the "obedient passive patient".

In Brain Plasticity as indeed in all Holistic Therapy modalities, the Patient needs to become active, and once again, as intended, will take responsibility for their own healing into their own hands and minds.

Holistic Therapies to influence brain plasticity are already well known, affirmation, meditation, visualisation, art and sound stimuli therapies, remedial body work, energy work such as acupuncture, even emotional work, as in motional freedom therapy EFT, Feldenkrais, Yoga,Thai chi, even aroma therapy with it's strong influences on our sense of smell is a brain stimuli. The list of possibilities is nearly endless, and it will be important to combine and stack up different therapy modalities in order to amplify and intensify a lasting healing effect. (re-education the brain for new pathways or connections, takes up to 6 weeks)

Motivation, and therefore counselling, or coaching are also important, NLP and Hypnosis have a lot to offer, and will be able to further enhance effectiveness.

Brain Plasticity may well be the therapy of the future, and yes, it can also be trained in advanced for preventative purposes.

.... and may I add, the "Placebo Effect" has been proven to have brain changing abilities ...

... or go back to the main Brain Plasticity Menu 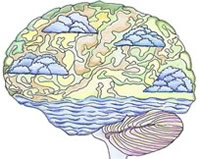