Anyone living in Australia will know that we just had our first Liberal Party Budget Night (14.05.2014), and I am sure over the next days and weeks we will hear lots about the effects of it.

Wasn’t it a fun night, interesting rhetoric, metaphors and poetic language,  …. was it?

Being a supporter of Holistic Health and Lifestyle, let me talk from that perspective about the metaphor of “Heavy Lifting”, just one of the term used in regards of what apparently we all have to do, to fix the budget crisis.

Even for a politician, it should be obvious, that heavy lifting is not a healthy option, esp.; not for someone with compromised health already. Anyone, too young, too frail, too old, too sick, too compromised in any form, should not attempt “heavy lifting”.

The opposite is more appropriate, before attempting heavy lifting, one should be trained to be capable of it, that point has totally escaped the attention of this budget. One can’t expect, someone doing heavy lifting, ( I am still talking metaphor) by taking away their “support”, it will break their back.

For people relying on support, taking it away will cost society probably more money than it will save. The semantic explanation, that a support payment is not an income, makes no difference for someone relying on that support.

I am all for self-reliance, but before someone can be self-reliant, they have to get the right tools to achieve this. Cutting support, does not automatically make someone self-reliant. Making self reliance a desirable goal may work.

The alternative; announcing that support will be cut in 3 years time, and implementing programs of education and creating job positions, before the cuts are done can be called Nation building, but making cuts without providing alternatives is not.

Another question which comes to mind; “why do we have to do the heavy lifting”?

Shouldn’t the people who dropped what ever needs lifting, do the lifting?

As far as I am aware, we, the humble citizens didn’t cause the “Economic Crisis”.

The crisis has been clearly caused by financial market practices and political responses, therefore, at least in part, it should be solved by the same institutions.

I must admit, I have lost respect for politicians; anyone who makes someone else wrong in order to make themselves feel better, should not be in politics, it is simply the wrong attitude to have.

I wonder sometimes, if we ever can have a real political discussion for the good of all; as long as political parties continue opposing each other for the sake of ideological party principles and political gains, no real communication will ever happen.

Enough of the heavy lifting…..

What has the budget done for the Health of the Nation?

By cutting support to a wide section of the community as well as increasing health related cost factors, overall health will further decline, meaning, the cost of health will blow out the budget in the coming years.

Wouldn’t the natural solution be, to educate and instigate programs to become more healthy?

The word is “Prevention”… prevention is much cheaper than “cures”, which are not cures in reality anyhow, they are just maintenance drug treatments.

I must applaud the prevention measures that have been taken to curb smoking, that’s obviously is a step in the right direction.

“We don’t need more doctors or hospitals, we need less sick people”.
For me, that is an inspiring political goal, and it will help the budget as well.

People are talking of an epidemic of overweight people and associated health problems. Just that problem alone, highlights problems in our society that need much more attention and resolutions, starting at school with education and also addressing all lateral factors, including commercials for questionable food and drink items.

And finally, increasing the age for retirement, everyone can understand the budgets ramifications, but to dress it up as a natural consequence because we are “supposedly” living longer is a bit of political spin again.

Some figures which have appeared in the news media, such as; in 1909 male life-expectancy was 55, whereas now it is much higher, therefore we can work longer, are seriously tilted.

Most of those figures relate to average age; in 1909, infant fatality was much higher than now, bringing down the average age considerably.

Secondly, living longer, so far has not proven to mean being healthy while living longer, quiet the opposite, people are being kept alive, and yes… thank you for that, but are they fit for work?

And, I even predict, if,  as a society we don’t have more prevention initiatives, we will be getting even more unhealthy while living longer.

Was it a good budget or a bad budget?

Neither, it was just a political motivated budget without any initiatives for real changes.

I would love to see something inspiring for a change …

PS. I am not a politician or economist, and therefore I have a different perspective on a political motivated budgets or politics in general. 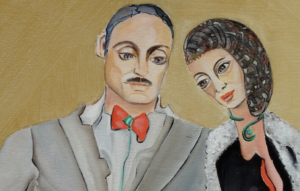