Are you allergic to the 20th Century? (aren't we all?)

For the last two hundred years, industry has evolved so fast that our bodies have not had the time to develop defences against many of its by-products, resulting in a world that is toxic to the human organism.

The air we breathe today contains 625 times more lead than it did when our grandparents were growing up only a century ago.

The unprecedented levels of greenhouse gases in our atmosphere have also led to the famous hole in our ozone layer, which is now adding dangerous levels of UV radiation to all the other sources of radiation that already bombard our bodies every minute (such as X-rays, microwaves and electro smog).

The food we eat today is grown in depleted soils, sprayed with dangerous pesticides, then processed and laden with chemical additives and preservatives. Even our drinking water is treated with chemicals. Have you ever wondered what effect chlorine has on the beneficial bacteria in your gut?

And it doesn't end here, the "commercialised fear" of bacteria has flooded our environment with antiseptic products, which are all chemicals as well, one can only wonder what that does to our immune systems and related allergy problems.

Having to deal with so many physical stressors, chemicals, toxins and radiation, added to all the mental and emotional stresses of modern life, is it a surprise that our bodies become overloaded and start to give up on us? Under these circumstances, can any of us really expect to have optimal heath? Allergies, asthma, arthritis, headaches, anxiety, depression, hyperactivity, insomnia, hormonal imbalances, back and joint problems as well as muscular aches and pains are all associated with over-toxicity. Further more the overuse of antibiotics and the already mentioned antiseptic warfare is apparently a new breeding ground for resistant more harmful bacteria and probably viral matter.

Even so, we live longer, or should that be called kept alive longer, chronic disease and general sickness seems to have increased. Combine that with the ever extending tummies, yes the being overweight epidemic, and we certainly do recognise the urgency to develope a more health lifestyle.

The good news is that while it is nearly impossible to avoid all the environmental pollutants, chemical additives and radiation of the modern world, we do have a choice and can compensate for our own lifestyle and nutrition. We don't have to put up with the poor health that results from refined, processed and chemical laden food and related products, and we don't have to "supersize either.

Organic and health products have become now more abundantly available than ever, consumer sentiment has started to change the shopping environment and related industries have reacted. Everyone has become more aware of positive lifestyle choices.

However, if you are one of the many who is suffering from allergies, food sensitivities or just plain indigestion, natural health giving alternatives are just around the corner.

Holistic Naturopathy has valuable scientific backed up health solutions, esp. for digestive problems. The recognisation of compromised digestive function and related underlying problems such as "leaky gut syndrome" has resulted in health protocols and supplements that can make a lasting improvement if combined with lifestyle and diet modification. Allowing for effective detoxification of our bodies is just one of the many stepping stones to a lasting good health solution.

In addition, treatment equipment based on combining the science of quantum physics and the ancient wisdom of acupuncture, have resulted in biophysical therapies that are now becoming known for their support with allergic and other chronic conditions.

With Germany leading the way (where one in four medical centres is now equipped with a bio-resonance device), there are now over 5000 practitioners in Europe and around 20 in Australia.

But most of all, ... remember, active prevention is better than cure! 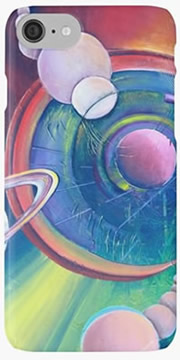 *Disclaimer: Information provided is intended for general/personal use only. It should NOt be understood as medical advice.