Numerology and the meaning of Number 14

The meaning of number 14

The number 13 is preparing the person to meet his high spiritual teacher and on the level of number 14, this is happening.

In the esoteric Christianity, spirits are categorized in hierarchies. The higher the hierarchy, the more global and of greater magnitude are the tasks and the aims of the respective spiritual beings that reside there. In the first hierarchy, which is closest to man, reside the angels. They are responsible to guide and protect humans in their everyday tasks. Some more spiritually advanced people are in touch with their guardian angels and communicate with them on a more or less regular basis. Even when we are not aware of the presence of our guardian angels, they are still around us, guide us subtly, and direct us in our daily tasks. This can be done through hunches, premonitions, intuition or all these small “coincidences” that are sometimes occurring in our lives. One angel can be responsible for several people simultaneously. Since angels do not possess physical bodies and in the spiritual world, the notions of time and space are different, so one angel can be in several places at the same time, thus guiding and helping several people concurrently. The angelic hierarchy is represented with the number 7, for which the keywords are spirituality and practical spiritual guidance.

The next hierarchy above the angels is the hierarchy of archangels. Their tasks are much more global. They rule large groups of people, such as political parties, associations, movements, big cities and even nations. As a rule, archangels do not communicate with people directly. There are two reasons for that: firstly, their energy is too strong and the majority of people cannot withstand it and secondly the archangels are not interested in the daily tasks of humans, they are preoccupied with the “big picture” and determine the general direction in which very large groups of people are heading. Thus, archangels communicate with people indirectly, through their guardian angels. The angels in this case are playing the role of a retranslation station, which is taking the signal of one side, adapts it, and then retransmits it on the other. In the process, some distortion of the signal occurs, but this is inevitable, since direct communication is possible only with the adjacent level only. Of course, there are some exceptions, when archangels communicate with people directly and these were described when we talked about the number 11. The hierarchy of angels and archangels together are symbolised with the number 14, i.e. 2 X 7.

On a mundane level, the number 14 can be a spiritual teacher of a very high order, who can be contemplated from a certain distance only. The maximum that we can hope for with such a teacher is to receive his blessing and if we are lucky enough he can tell us some general directions about our lives. In some cases the role of a such high order spiritual teacher can be played by a philosophical teaching, a holy book or a religious icon. However, in the split of the second when we get out of the state of general adoration and reverence and come back to our every day problems and tasks, the connection with the archangels hierarchy (the number 14) is lost and we are coming back to the usual state of connection with the angelic hierarchy (the number 7). This is the main contradiction of the number 14 = 2 X 7.

The first one relate to the energy of the number 7, the second one to the number 14. The practical spiritual teacher corresponds to the hierarchy of angels and his task is to give us a practical, everyday advice about our mundane tasks and responsibilities. These tasks include writing a letter, making a phone call, driving safely to work and back and so on. The highly spiritual teacher corresponds to the hierarchy of archangels and his tasks are much more global. We need his guidance at key moments of our life when we have to make life changing decisions, for example which career to follow in life, who we should marry, which country to reside in and so on. Therefore, these two roles can be played only by two different people. It is undesirable that the same person is fulfilling both of these functions for us.

Every person consists of seven bodies. These are:

Obviously, the energy of these bodies increases as we go up and the frequency of vibration is in its highest at the seventh level.

The seven bodies correspond in their energy levels to the seven colours in the rainbow, the seven musical tones and so on. We already talked about it when we spoke about the number 7. Each one of these seven levels of energy can be subdivided into seven sub-levels and each of the seven sub-levels can be further subdivided into another seven sub-sub-levels. Therefore, if we say that a certain person in his spiritual development has reached a level of 2-5-7, this means that his major frequency of vibration is the ethereal body, within which the strongest sub-level is the causal body and within which the strongest is the higher self. Typically, people have practical spiritual teachers that are exactly one chakra (one level) above them in their spiritual development.

In general, the persons of the number 14 according to the description above can manifest on a low, medium or high level. On a low level such people can encounter philosophical teaching or spiritual authorities that are not right for them. On a medium level such people can be in touch with the right spiritual authorities or philosophies, but can very quickly lose touch with them sliding back to solving practical every day problems. On a high level, the people of the number 14 are in touch permanently with their right believe system, which gives them inner strength and supports them on their path for spiritual development.

14 = 13 + 1 After the person has overcome the temptations of the devil and after he has cleaned himself from the dirt of the low places, where he has been (13), he is now ready to stand in front of his high spiritual teacher (14)

14 = 10 + 4 Connection with a high spiritual teacher (14) is possible for humanity (10) if they materialize (4) their initial spiritual potential.

14 = 9 + 5 The formal religious rituals that are “dead” (i.e. which have form, but not substance) (9), can only be brought to life (5) with the assistance of a spiritual being of a very high order from the archangel hierarchy (14). By the way, no ritual can become “magical”, without the assistance of archangels; regardless of how spiritual the people are on the material plane, or how much effort they put into it.

14 = 6 + 8 When a well established material structure (6) comes into a contact with the archangel hierarchy (14) this is a magical experience (8).

14 = 7 X 2 The contradiction of the number 14 is that a connection of two spiritual levels above (2 X 7) our normal existence is needed, which is very hard to maintain in a stable state for even short periods of time for the majority of the people.

... or go straight to Numerology Number 15 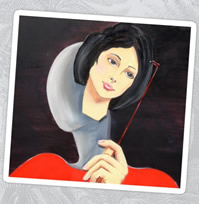 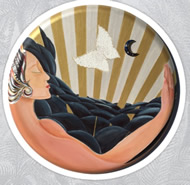