What is Brain Entrainment?
What are Binaural Beats?

What is Enhanced Meditation ?
... or what are the powerful effects of brain entrainment
and binaural beats?

Our brain works at different frequences, and for Meditation purpuses we would like to achieve a slow brainwave.

Our normal day to day brainwave is called the Beta Brainwave, this is a non-meditative brainwave. A more desirable brainwave is the Alpha brainwave, it could be described as a relaxed awerenenss, this is where you want to be to for any creative or artistic pursuits, or simply being relaxed and allow your body to regenerate.

Lets dicuss meditation, part of the whole process of meditation is the aim to slow down your brain frequencies. This also slows down the chitter chatter of your mind, and don't forget the ultimate goal of meditation is not to think, just to be.

The brain wave needed for that is the Theta brainwave. It's only 3-7 Hertz per second.

You need to be experienced in meditation to reach that state quickly and easily.

The next state is sweet nothingness, it's the Delta brainwave, it openens the door to inner peace.
( to read more about brainwaves, click Meditation and Brainwaves.

Now it gets interesting, you may have heard of "Brainwave Entrainment" or "Brainwave Synchronization"? It sounds complicated but to the user it delivers simplicity. Entrainment, simply means the brain responds to something.

Any stimulus or practice that aims to cause brainwave frequencies to follow a periodic stimulus and therefore lowering the brainwave to the intended brainwave is Brainwave entrainment.

A very simple form of this principle would be to listen to slow relaxation music, and your brain responds with slowing your brainwave.

The stimulus is usually a sound or beat or a combination of beats, but it can work with a visual stimulus a pulse of light or probably even a magnetic impuls as well.

In essence, the idea is, to achieve a deep meditation, by simply listening to something.

The most common forms of brain entrainment are binaural beats. As the term suggest, you are listening to 2 different beats or pulses.

The benefits of brain entrainment

As we all know, meditation has many positive physical and emotional health benefits, but some people finding traditional meditation techniques difficult to maintain, especially those with disorders such as anxiety disorders, panic attacks, hypertension and insomnia. That's where Brainwave Entrainment Enhanced Medition will help.

What are binaural beats?

Imagine two slightly different tones of sound played simultaneously. This sound or modulation is called a beat, and the frequency of the beat is equal to the difference between the two original tones.

If you hear the two frequencies with stereo headphones, and each tone is presented separately to each ear, the interaction of the frequencies creates a beat that occurs in the brain. The brain responds ( entrains ) by calculating the difference between the two tones and produces corresponding brainwaves, which in our example would be 7 Hz.

7Hz is in the upper range of the meditative state of the Theat brainwave, a nice place to be.

This explaines why it becomes easier to reach a relaxed state of consciousness; deeper meditative states and resulting benefits are made possible.

It is great for beginners to reach a satisfying meditative state, which would be an encouragement to seek further knowledge of meditation.

For those people who already achieve altered states of consciousness through meditation, brain entrainment can build on existing practices to achieve even deeper states of relaxation.

To practice this kind of meditation, you need a CD which plays those beats, some CD's sound like a normal Music Meditation type of CD, but the beats are hidden within the music, others are just beats..

the editor of Use Nature, Dieter L. 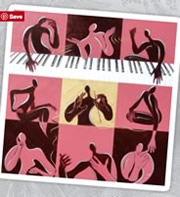 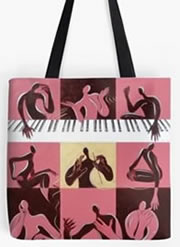