Chronic lymphocytic leukaemia is a progressive disease where abnormal white blood cells are produced in high quantity and accumulate causing “crowding out” of normal blood cells.  A hallmark of the disease is the ability of the CLL cells to avoid programmed cell death or apoptosis.

Many patients diagnosed with CLL are told to simply watch and wait until the disease progresses to the point where it has significant negative impact at which time treatment my be undertaken (usually with chemotherapy). Natural medicine takes the view that we can intervene sooner rather than later with nutritional and herbal approaches to try to slow the progression of the disease.

As far back as 1998 Kumerova et al found a decrease in antioxidant defense and an increase in resultant red cell damage in CLL patients.

In 2011 Shanafelt et al stated “vitamin D insufficiency is an independent risk factor in this disease” (CLL).  Furthermore they found Vitamin D levels related strongly to prognosis – the lower they were the worse the prognosis; eg the more rapid the progression of disease.

Other nutrients have been reviewed in relationship to leukaemia types other than CLL.

For example in 2004 Kennedy et al found low levels and or intakes of Vitamin C, Vitamin E, Betacarotene and Vitamin A have been associated with more severe treatment side effects in children with Acute Lymphoblastic Leukaemia (ALL).

In addition to repleting nutritional status in patients with CLL, it may be useful to use herbal & nutritional approaches that might slow the progression of the disease.

The most effective class of natural medicines against CLL seem to be those that can induce leukaemia cell death (apoptosis).  Apoptosis inducers, including natural ones, are reviewed in a 2014 article by Christian Billard.

So rather than just “watching and waiting” if you or a loved one is living with CLL consider getting professional naturopathic/herbalist advice regarding support.

Please note that “strong immune boosting” herbs are often contraindicated as the issue in CLL is not low immune cell status but high abnormal immune cell status. One would not want to inadvertently stimulate more abnormal cell production.

It is important to note that there are additional considerations and contraindications particularly if under treatment or very low in platelets as a result of the disease thus the recommendation to professional advice.

Kennedy D et al Low antioxidant vitamin intakes are associated with an increase in adverse effects of chemotherapy in children with ALL, American Journal of Clinical Nutrition, Vol. 79, No. 6, 1029-1036, June 2004 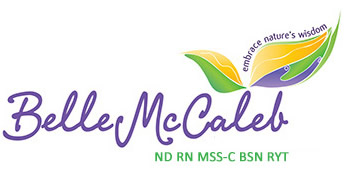 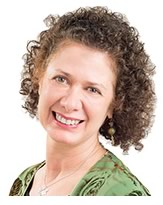